Methodism came to Alexandria in the early days of our city and was first mentioned in the minutes of the annual meeting of Methodists (called a Conference) in 1791. A small group of Methodists had been meeting in various locations in the city since 1774 and built their first church on Duke Street. Two early and influential Methodist Bishops, Francis Asbury and Thomas Coke, came to Alexandria in 1785 and visited General George Washington at Mount Vernon.

After a short time, Rev. Leonidas Rosser was appointed as the first regular minister of the church. Rev. Rosser conducted a fund-raising revival throughout the South to raise funds for a church building for what was at the time, the northern-most congregation of the MEC South. He raised $10,000 during his eight months of travel.

The cornerstone of the new sanctuary building was laid on September 12, 1850, with a Masonic ceremony. This is the same structure where the congregation worships today. During the Civil War Years, Alexandria was occupied by Union troops just one month after the attack on Fort Sumter. On January 6, 1862, the U.S. military forces took possession of the Washington Street MEC South and used the sanctuary as a hospital, while the first floor served as a stable. The church was returned to the congregation in 1865 and reopened for use in October of that year after major repairs.

Additional major renovations occurred in 1875-76 changing the front of the building from Greek Revival to reconstruction Gothic and again in 1899 when the stained-glass windows, oak pews with cushions and many other improvements were made. 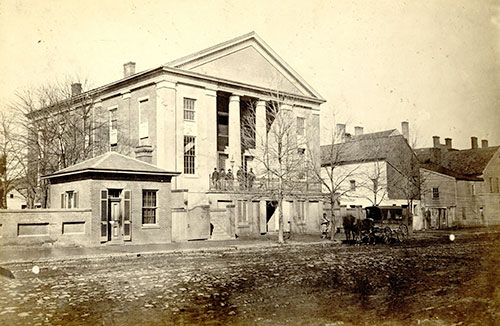 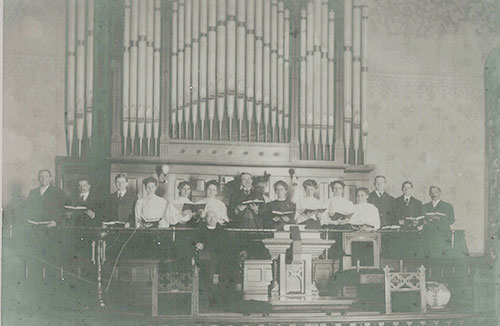 In 2014, the majority of the church building was stripped to the studs and rebuilt, giving new life to a 165 year-old structure. The first floor is now open and bright with various rooms and work areas. There is a kitchen and café that welcome our community’s homeless Monday, Tuesday, and Friday mornings for breakfast. Children’s voices fill much of the building during the week as part of the church’s preschool. Updated classrooms along with both indoor and outdoor play areas help make the most of the facility’s location.

In June of 2018, the Sanctuary also received a full renovation. It has served as the worshipping space for the congregation since the building was first built in 1851, and was last renovated in the 1970s and 80s, when the Schantz organ was installed, choral area and platform built, and carpet replaced.

Along with these major upgrades to the church facilities, the church is working through its history, acknowledging how its founders stood on the wrong side of God’s justice in America. The church is partnering with other churches in Old Town long divided by our racial histories, a collaboration we call the Church of South Washington, to claim the fulness of God’s reconciling love in our community. Through small groups, worship, community engagement, and financial investments, Washington Street United Methodist Church is seeking a more faithful future that invites all of God’s beloved humanity to know the full love of God. We stand convicted of the vows of our membership, which declare the Church of Christ is open to people of all ages, nations, and races. 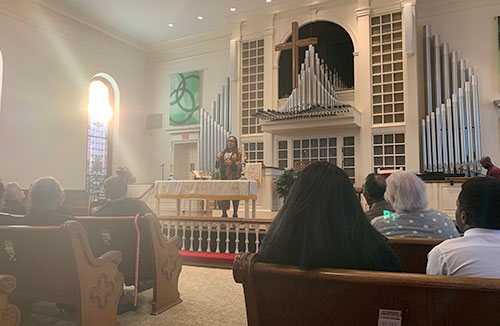 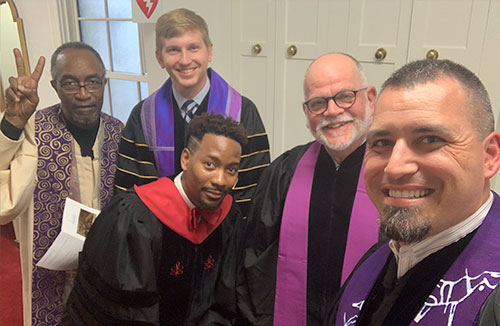